Tolee is a gray koala who loves pandas and fruit (especially apples, bananas, and pineapples). He is intelligent and always thinks before he acts and sometimes worries too much, but he never lets that stop him from having a great time with his friends. Kai-Lan and her friends can always rely on him for good ideas. Tolee also has a stuffed panda he affectionately named Pandy, and Tolee loves Pandy so much he cannot imagine being without him. He is the vocalist in Kai-Lan's music group.

In the show's fan-made spin-off Kai-Lan's Royal Adventures, he takes the role as the king of China. Even thought he may be the king, there's always something that'll take him to a whole new level.

Tolee is a gray koala bear who has red hooded shirt with a panda on it. He has black eyes with white pupils and a black nose. He also wears panda slippers. He has pink cheeks. 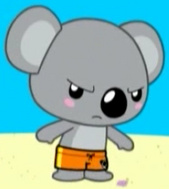 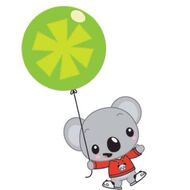 Tolee flying with a balloon in his hand. 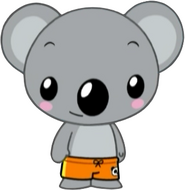 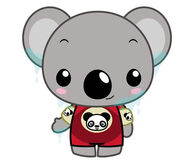 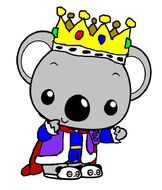 Tolee in the "Monkey King" costume in the episode, Journey To Monkey King Castle

Fan-made wallpaper, made by caesar213 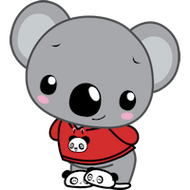 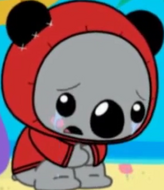 Tolee was sad because he couldn't play with his friends. 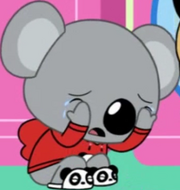 Tolee was also very sad because he missed Pandy. 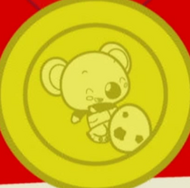 Tolee has won a medal for straightest dinosaur egg rolling.

Tolee in the art style of Adventures of the Little Koala 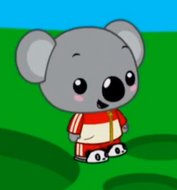 Tolee in the promo where the singers are singing about him and Hoho.

Tolee in the DVD trailer for Super Special Days.
Add a photo to this gallery

Retrieved from "https://nihaokailan.fandom.com/wiki/Tolee?oldid=19572"
Community content is available under CC-BY-SA unless otherwise noted.